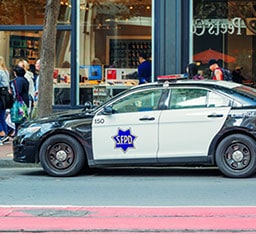 After a drunk driving arrest, you may feel overwhelmed and worried about your future. Seeking the advice of a criminal defense lawyer may play a critical role in protecting your rights during the criminal or administrative proceedings. San Francisco DUI lawyer David Uthman has over 20 years of experience representing people who have been charged with drug and alcohol-related driving offenses. He can offer candid legal advice regarding your situation and tirelessly pursue a favorable outcome in your DUI case.

A driving under the influence (DUI) offense may be charged if you drive a motor vehicle in California with a blood alcohol concentration (BAC) of 0.08% or more, or if you are under the influence of any alcoholic substance or drug. For drivers under the age of 21, California has a zero-tolerance law, which means that a BAC of 0.01% or above is sufficient for a DUI charge. If a preliminary alcohol screening test or chemical test indicates that your BAC is over the legal limit, you are considered per se in violation of the DUI law, even if your driving was not impaired. Nevertheless, in many cases, there are arguments that a DUI lawyer in San Francisco can make to try to defeat a DUI.

It is important to understand that California DUI laws allow the state to bring a DUI charge against impaired drivers even if their BAC was under 0.08%. In addition, if you refuse a blood or breath test, you may be arrested for DUI if there is probable cause that you were driving under the influence of alcohol or drugs. In these cases, the prosecution must prove that your physical or mental ability was so impaired that you were unable to drive with the caution characteristic of a sober person under the same or similar circumstances. Without any BAC level or a BAC under the legal limit, however, the state will rely heavily on witness testimony from the arresting officer and others at the scene of the arrest.

A skilled DUI attorney in the San Francisco area can cross-examine witnesses to cast doubt on allegations that you were impaired by alcohol or drugs and, if appropriate, seek to rebut testimony with a defense expert witness. Police misconduct, such as an illegal traffic stop, search, or arrest, could result in a dismissal or lowered charges if the objection is made in a timely manner. The police must also comply with specific procedures when conducting a field sobriety test or performing blood or breath testing. The equipment used to obtain your BAC should be scrutinized to ensure that it was properly used and maintained. Other defense strategies may apply as well, depending on the facts of the case.

First, second, and third DUI offenses are normally misdemeanor charges in California, with penalties that may include probation, fines, DUI school, an ignition interlock device installed on your vehicle, and time in jail. A DUI arrest will also trigger a DMV administrative action to suspend or revoke your driver license. The charge may rise to a felony if it is your fourth or later DUI, if you have previously been convicted of a felony DUI within a certain period, or if you cause a bodily injury or death to another person while driving under the influence of drugs or alcohol. Aggravating factors, such as having a child in the car, having an extremely high BAC, or driving at an excessive speed, may also increase the penalties if you are convicted of a DUI. If you receive probation for a DUI, once you have completed it, you may be eligible to petition the court for an expungement, which is also a process with which we can assist you.

Hire a San Francisco DUI Attorney to Represent You

If you have been arrested for drunk driving, bear in mind that many DUI cases are resolved favorably for defendants, or even dismissed without a formal proceeding. DUI lawyer David Uthman has helped people throughout the Bay Area successfully contest these types of charges. He can provide dedicated defense representation in DUI cases, DMV hearings, domestic violence cases, and many other criminal matters. Schedule your free consultation today by calling the Uthman Law Office at 415.556.9200 or completing our online contact form.